The Nittany Lions’ best player, running back Saquon Barkley, is one of the most well-known names in NCAA College Football. As he should be.

Barkely was the leader in the Heisman race for majority of the year, until the Nittany Lions lost back-to-back games against Big 10 rivals, Ohio St. and Michigan State. Even though he fell short of the Heisman, Saquon left Penn State with quite the résumé:

In just two years, Barkley has been compared to Detroit Lions legend and Hall of Fame running back, Barry Sanders. With his performances in college and the subsequent comparisons from scouting experts, Barkley had a lot to live up to at the 2018 NFL Scouting Combine.

But to the surprise of very few, Barkley excelled in front of the many cameras and scouts.

At the combine Barkley showed off these noteworthy numbers:

In comparison, (because that’s all we can actually do with these combine stats) Panthers LB Luke Kuechly had 27 reps at the bench, Cowboys RB Ezekiel Elliott ran a 4.47 and Giants WR Odell Beckham Jr. jumped 38.5 inches (per Arnie Stapleton of the Associated Press).

What you can’t measure, and is hard to compare to any other player, is Barkley’s heart and work ethic. If you haven’t heard of Barkley’s football story, he worked extremely hard in the weight room during his high school years and showed unbelievable growth in muscle mass. In fact, his weightlifting ability is what first drew the attention of many college football fans before he was running and jumping over your favorite team.

Now that every NFL team is aware of Barkley’s freak athleticism, drive and attitude, where will he go on April 26, the first day of the 2018 NFL Draft?

Because he WILL go the first day.

In my opinion, if a team passes up on Saquon Barkley they are missing out on the best talent in the draft.

Also in my opinion, a team can ONLY be the Browns if they DO pass up on Saquon Barkley.

The Browns have had their history of missing out on great NFL stars in the first round. Whether it be Carson Wentz, Odell Beckham Jr. or Aaron Donald, everyone is wondering if they will choose another disappointment.

In the recent days, however, the Browns have made their selections a little easier with their moves in free agency. The Browns have acquired Dolphins WR Jarvis Landry, Bills QB Tyrod Taylor and Packers CB Damarious Randall in exchange for various draft picks and departure of QB DeShone Kizer.

They have also traded previous first-round pick DT Danny Shelton to the Patriots for a swapping of mid-round draft picks. Still sounds sketchy.

After making these moves, the Browns have seemingly built a dangerous starting offensive lineup with additions to their improving defense from last year. Spots that need to be addressed in the first few picks are running back (obviously… pick Barkley you dummies), quarterback (if they feel that player is better than Taylor or fits their plan) and maybe another defensive stud.

Things are working too well on paper for the Browns right now, and I have to believe they will still manage to find a way to screw this up. One way is by not drafting Barkley.

Luckily for them, they have two picks in the first five, so one would think they have two optimal chances to get whatever players they want.

I am not saying anything that Giants fans don’t already know by saying that the Giants are in desperate need of a running back. Last year, the Giants struggled in every aspect of football, but mainly due to injuries, an aging Eli Manning and a weak offensive line.

A running back like Barkley could potentially revitalize Manning who would have offensive weapons of Barkley, Sterling Shepard, Brandon Marshall and Odell Beckham Jr.  Who wouldn’t want to extend their career with that beast in the backfield? 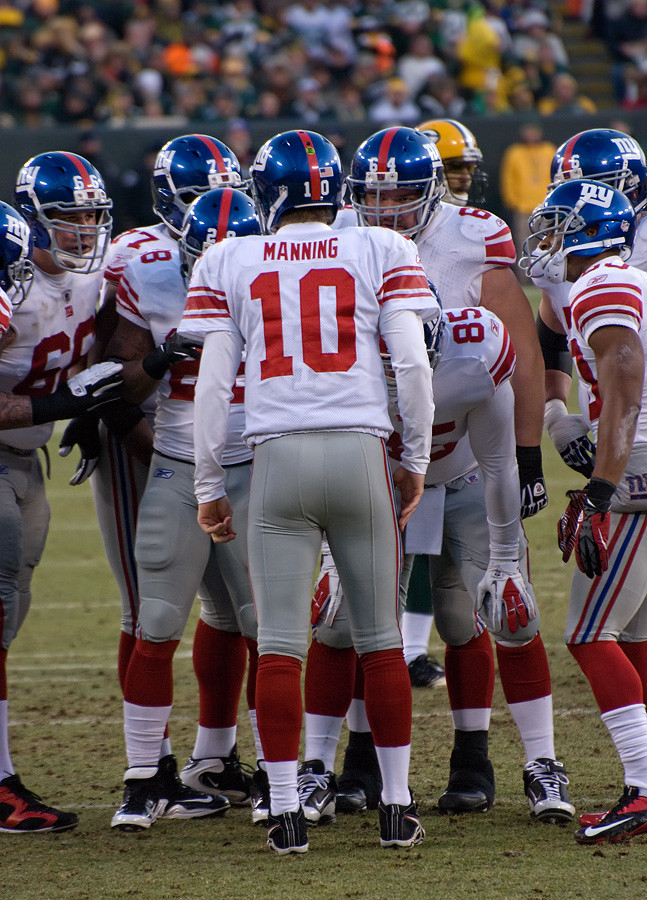 I also describe this scenario like it makes the most sense because, as a Steelers and Penn State fan, I pray that we don’t have to face Barkley two times a year for the next 10 years. Thinking about it makes me want to cry.

Please screw this up, Cleveland.

The Colts also had a tough year. The entire year their quarterback, Andrew Luck, did not play the entire 2017 season due to a rotator cuff injury. Luck still is still working on regaining strength in his shoulder and hasn’t begun throwing yet.

With the Colts expected to let veteran back Frank Gore explore free agency, Marlon Mack is left in the backfield. Mack showed potential of taking over for Gore, but can’t possibly match up to Barkley.

If Barkley were to fall to the third draft pick, the Colts would now be the dumb ones to let him pass. At that point, if Barkley is not picked, the Browns would have to get him at the fourth spot after most likely drafting a quarterback with the first pick.

If not Barkley, expect the Colts to go after a cornerback to replace their recently cut Vontae Davis. If not a CB, expect an offensive weapon to ease Luck’s return like a receiver or offensive lineman.

As mentioned earlier, the Browns would have the fourth pick after the Colts. After the Browns, at spot number five, the Broncos will wait. In my opinion, much of what the Broncos do will be based off where Kirk Cousins goes.

The three main places of discussion for Cousins to land has become the Jets, Broncos or Vikings.

If the Broncos do get Cousins, I would expect them to go after an offensive lineman to protect their new franchise QB. If they don’t get Cousins, I could see Broncos’ General Manager and Executive Vice President of Operations, John Elway, taking a chance on the passionate QB from Oklahoma: Baker Mayfield.

Essentially, Barkley will already have his named called and picture taken by the time the Broncos are drafting. But if he were to make it to the fifth spot, it would make three dumb organizations in the Giants, Colts and Browns (times two).

Moral of the story: Draft Barkley because just about every team could use him. And when a team has the first couple picks in the draft, they should be looking for the best talent. Especially when the Browns are usually that team year in and year out, and fail to pick the “right” player.

This past weekend the Jets traded their sixth overall pick, two second-round picks and a 2019 second-rounder for the Indianapolis Colts third overall pick according to reports from Adam Schefter.

So to update this article, let’s talk about how the Jets could land young Barkley.

Thus far the Jets have scooped up notable free agents CB Trumaine Johnson from LA and QB, who only played one drive last year because his knee was destroyed and Case Keenum had a horseshoe up his butt in the first string spot, Teddy Bridgewater.

The Jets have been a laughing stock at quarterback in the past few years. Holding on to people like Christian Hackenberg and Geno Smith. However, they have found some brief success with people like Ryan Fitzpatrick and Josh McCown. Now they have the athletic QB who has something to prove, getting kicked out of his previous NFL home.

It’s hard to determine what the Jets want to do as far as running back. Right now they only have Isaiah Crowell in the backfield, so they could benefit from drafting the Nittany Lion at the three spot. But if they don’t get to see Barkely, I’m sure they will address other roster spots like offensive lineman, cornerback, defensive end, or maybe even quarterback with their (now fewer) draft picks.