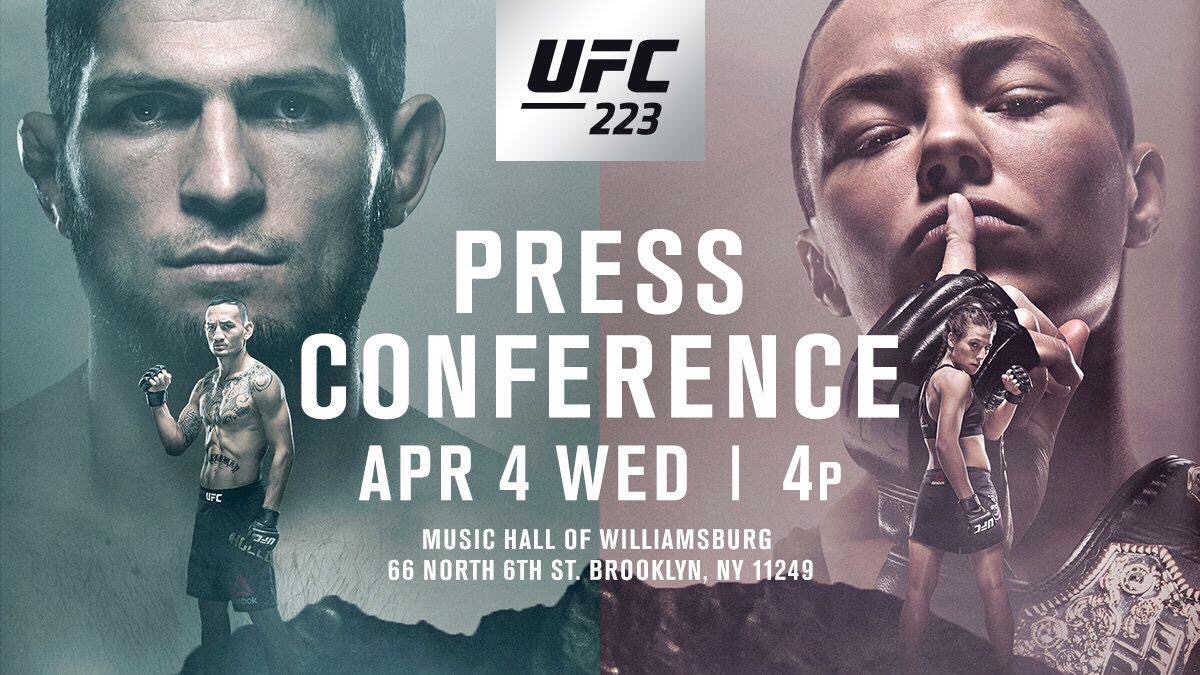 I was just saying a few days ago, “Man, I hope these fighters can make the last week without getting hurt or missing weight.” Silly me.

My fears came true when Dana White and UFC announced that Tony Ferguson will no longer fight Khabib Nurmagomedov due to a freak knee injury during a media appearance. The winner of this previously scheduled fight was expected to be the most deserving to face McGregor in his UFC return.

Well, those plans went to shit.

If you remember correctly, this isn’t the first time these two have ruined their fight dates. They have actually had three previous fights cancelled due to various reasons. Nurmagomedov was the most recent offender, withdrawing from UFC 209 a year ago due to missing weight requirements and experiencing dehydration symptoms for cutting weight. Ferguson did not forget this and has been running his mouth about how Nurmagomedov “took food off [Ferguson’s] kid’s table.”

Last time Nurmagomedov missed weight and now Ferguson suffered an injury. While one instance, from a fighter’s standpoint, is definitely more controllable than the other, we are disappointed all the same as CheapSeatFans.

But before we get completely depressed and decided not to watch, Dana White announced that featherweight champion, Max Holloway, will fight Nurmagomedov on short notice. 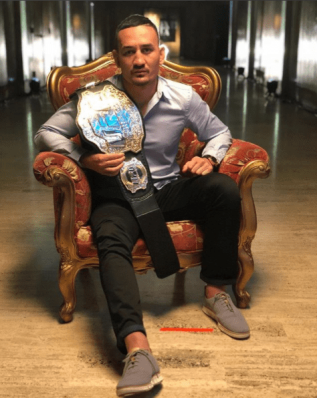 Now that we have adjusted to the fighter change, and hoping that no one else gets hurt or misses weight, let’s take a look at our main card predictions for UFC 223.

Current featherweight champ, Holloway, is 15-3 in UFC fights. He’s 12-0 with his last loss coming from Conor McGregor in 2013.

Like previously mentioned, Ferguson vs. Nurmagomedov was supposed to be the match to prelude McGregor’s return. Now that Ferguson has dropped out, Nurmagomedov is the favorite to take on the former two-belt class champion.

I am all on the Khabib train. I personally thought he would beat Ferguson in the original fight, although with Ferguson was a perfect candidate to beat Nurmagomedov with his length and endurance. Now Nurmagomedov is fighting an opponent who naturally fights at a lower weight class in Holloway, but is moving up on a six day notice.

In all honesty, I don’t want Holloway to even come close to winning. If the winner is going to match up against McGregor, I want it to be Nurmagomedov. Holloway is great on the ground, but his stand up game is no where close to McGregor and he won’t be able to get him down. In their last fight, McGregor dominated with leg kicks and just ate any punch thrown his way.

Although, if Holloway wins, he will be the only other fighter besides McGregor to hold two belts for two different weight classes. (Ferguson isn’t happy about this)

Nurmagomedov on the other hand, shows his dominance in about every fight he has had. He gets inside fighters and works them to the ground. There he can beat on fighters while maintaining control of their limbs. He is the perfect fighter to take down McGregor like Nate Diaz did.

Nurmagomedov isn’t 170 lbs like Nate Diaz, but he is thick enough to control McGregor at 155 lbs. Ultimately, I believe Nurmagomedov will do what he normally does and work Holloway. Holloway may land some punches early, but don’t expect the fight to remain standing for long.

Nurmagomedov def. Holloway via TKO in the second round

The co-main event is a rematch with two of the most impressive fighters in UFC.

Rose “Thug” Namajunas is 5-2 in UFC fights while Joanna Jedrzejczyk is 9-1 in the UFC and 14-1 overall in MMA. Jedrzejczyk’s only loss came from Namajunas in their previous fight. 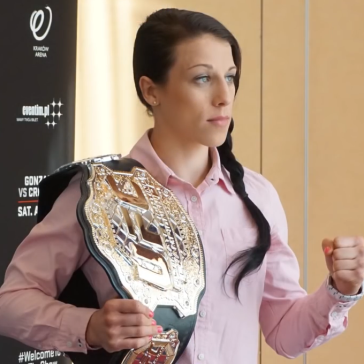 Photo via commons.wikimedia.org by KRK.TV

This fight is a probably the hardest to predict. Joanna is third in strikes landed per minute at 6.76 and second in strike differential at 4.28 according to FightMetric.com.

Her opponent however, Namajunas, is kind-hearted and respectful, yet a true thug. She steps into the octagon with an intense attitude and isn’t intimidated by the six time featherweight champion.

I believe the fight will be a great one. Jedrzejczyk got a taste of humble pie last time she fought and I think she will come out with something to prove. Although I think her eagerness could leave her vulnerable to Namajunas, I believe Jedrzejczyk will land a ton of strikes on Namajunas. Ultimately though, Namajunas will gain control and sneak Joanna again:

Namajunas def. Jedrzejczyk via rear naked choke submission in the third round

Michael Chiesa is 7-3 in UFC fights and Anthony Pettis is 7-6 in UFC fights. Pettis was once the lightweight champion, but has had a rough few fights winning only two of his last five. 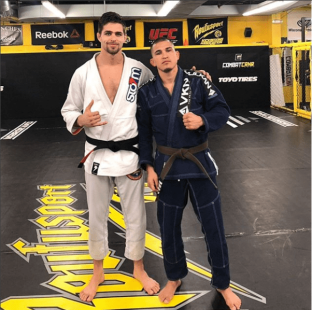 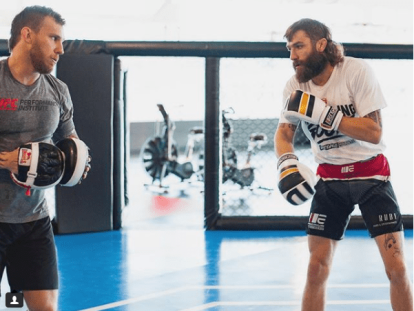 Chiesa is a passionate fighter and one of the biggest lightweights around, but has had a challenging road to this point, ALSO losing two of his last five fights.

Pettis is a versatile and slippery fighter. So even if he gets knocked, he will stick around in the fight. This could be one of the sneaky good fights on the card, but once again, it is hard to guess with these two. Especially when both have been known to disappoint.

I hope we can see greatness from Pettis again, but I am nervous if he will step up to defeat this next contender in Chiesa.

This fight is between two guys who are still trying to make names for themselves. Iaquinta is coming off a fight where he knocked out Diego Sanchez, a fighter on his way out.

Felder has knocked out his last few opponents with vicious elbow combos. And will most likely look to do the same in this fight.

While we haven’t seen too much from these fighters yet, I believe this fight will be a good one to watch. Look for a knee to wobble Iaquinta.

Felder def. Iaquinta via TKO in the second round

Herrig, coming off a four-fight win streak, has been asking for a top-ten opponent and has finally got one in Kowalkiewicz.

Kowalkiewicz is coming off her first win in three fights. One of those losses being from the challenger in the co-main event and former champion, Joanna Jedrzejczyk. And on top of that, she won the fight before Jedrzejczyk against Rose Namajunas, the current champion. So she has faced her share of serious competition.

Based off experience and despite her opponent’s win streak I predict:

One thought on “Main Card Predictions For UFC 223: Nurmagomedov vs. Holloway”