Play time in the sand is over. Fight Island didn’t disappoint, but it is time to say goodbye. While the rest of the sports world is trying to make their comeback, we know UFC has figured it out and luckily don’t have to worry about fighters right now.

Three weeks ago, Cheap Seat Predictions had ourselves a little night and correctly predicted the entire main card. Bringing us to 71/104 correct predicted fights. Hope you made some money off the predictions like CheapSeatFans may or may not have been fortunate enough to do  👀👀

CheapSeatFans foresaw a Rose Namajunas W in her rematch and two successful title defenses from Kamaru Usman and Alexander Volkanovski.

36-year-old Derek Brunson is 11-5 in the UFC and 20-7 in the UFC. He’s currently on a two-fight win streak both via unanimous decision in 2019. Nice bounce back after getting TKO by Israel Adesanya in 2018.

Brunson looks to extend his win streak to three against the undefeated 22-year-old, Edmen Shahbazyan.

Once upon a time, Edmen was a training partner for the former champ, Ronda Rousey.

Now Edmen is all grown up, won a contract through Dana White’s second season of contender series, and is currently undefeated in the UFC at 4-0. Three of those four were first round finishes.

Brunson is a name that will always make you think of big finishes but also big losses that have ultimately derailed his path to a belt. Brunson hasn’t been able to bring the same fire to fights against Israel, Anderson Silva, or Robert Whittaker that could have really put his name on the UFC map had he won.

Shahbazyan is coming in hot and should be a massive concern for Brunson. Rousey called him “The Chosen One” and one of the new age fighters who only studied MMA and didn’t waste time with other sports growing up.

I believe Shahbazyan is going to show off his talents and the empty gym will play to his favor. He’s also revisiting the same gym where he won his UFC contract, you can’t ask for a better venue to solidify his middleweight position.

Shahbazyan def. Brunson via TKO round 2 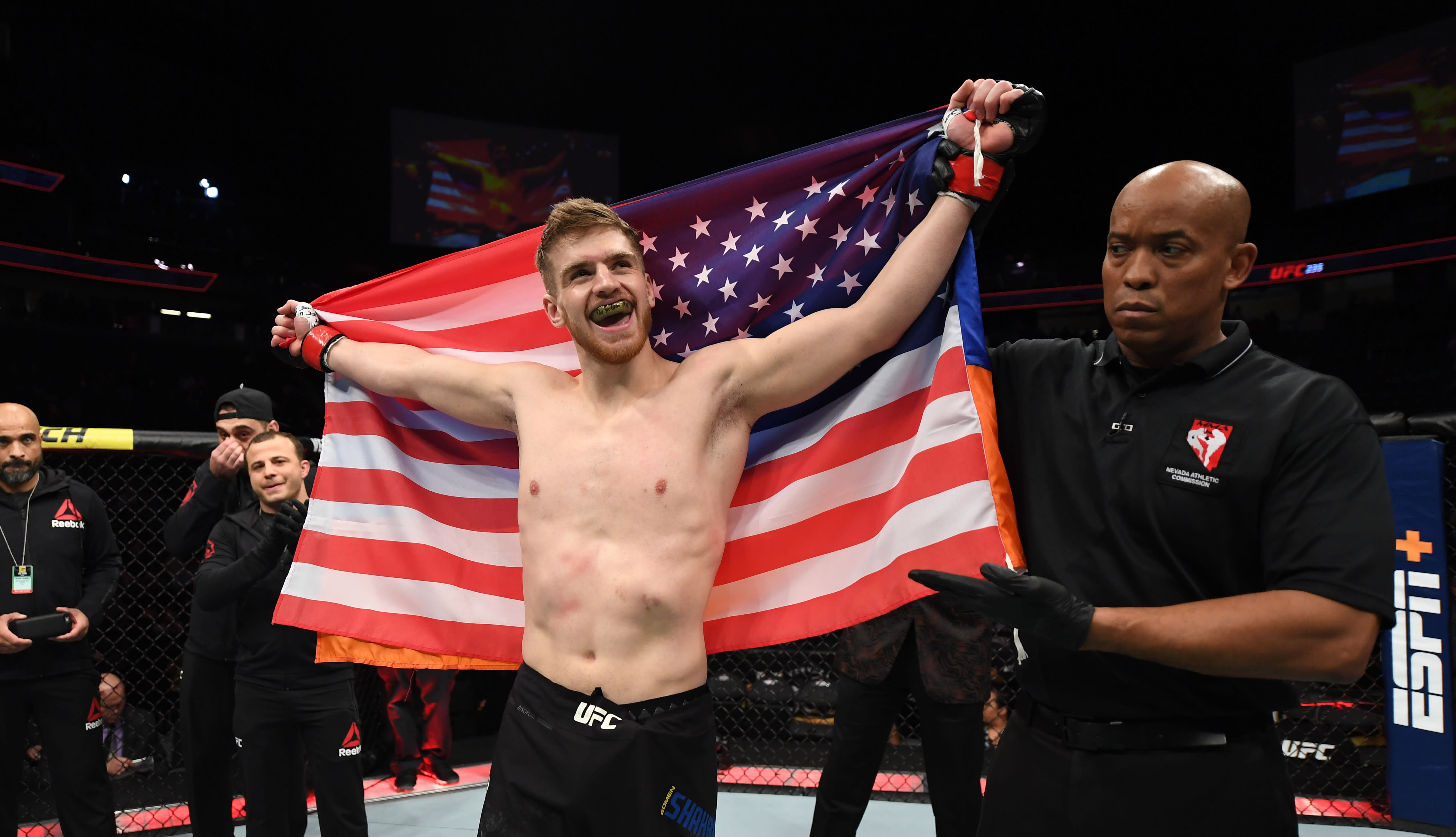 Joanne “JoJo” Calderwood is 6-4 in the UFC and 14-4 overall in her pro fights. She is currently third in UFC women’s flyweight rankings just behind Cynthia Calvillo (who she lost to in 2017) and Katlyn Chookagian (who she lost to a year ago).

Jennifer Maia is 2-2 in the UFC since joining in 2018 and 17-6 overall. The Brazilian was once a defending Invicta FC Flyweight Champion, but has since joined the UFC and is currently sixth in UFC women’s flyweight rankings

Maia is coming off an unanimous decision loss to Chookagian in November 2019 and looks to surprise the well-known Calderwood.

Calderwood is the slight favorite at -160 and Maia is the underdog at +130.

I expect the soft spoken Calderwood to dominate, but I will most likely bet on decision.