I woke up this morning juiced to write about last night’s UFC Fight Night 126. By far one of the best fight card performances in 2018 aside from maybe UFC 220: Miocic vs. Ngannou and last week’s UFC 221: Romero vs. Rockhold. Oh but unlike those other ones… it was FREE on Fox Sports 1 (FS1).

Last night’s Fight Night was held in Austin, Texas at Frank Erwin Center. And the fighters came to hoedown (sorry, I had to).

Without going too hard into the fights of what I call the pre-prelims, or the UFC Fight Pass Preliminaries, we have to talk about welterweight Alex “The Great White” Morono and his dominant performance over Josh “The People’s Warrior” Burkham.

It didn’t take long for Morono, a Houston, Texas native, to figure out Burkham, a 15 year UFC veteran.

The entire fight taking place in the first round, Morono felt out Burkham’s style and attacked with a few vicious leg kicks to keep him in check. Burkham’s face and body language showed they hurt like a bitch.

With his stand-up offense looking great, it was a little surprising to see Morono’s next move.

Burkham, after taking a strong left to the chin, fell to a knee and tried to grapple on for dear life, but Morono wasn’t having it. Morono relied on his black belt in Brazilian Jiu-Jitsu and wrapped his arm under Burkham’s already damaged chin and clenched for a guillotine submission in round one. Morono’s first submission in the UFC octagon.

Before moving on the actual preliminary card and main card, I wanted to say how Morono came off as such a class act in his post-fight interview. Even though he called out Diego Sanchez, another veteran, 36 years old and on his way out of the UFC, Morono said it would be “an honor to shed blood” with Sanchez.

This much needed win brings Morono’s UFC record to 3-1 (lost his previous two, but one was determined a “no contest” after his opponent tested positive for marijuana). Definitely a young fighter to keep an eye on. Meanwhile, Burkham is 1-7 and shows he needs serious work before entering the octagon again.

This welterweight bout had another kid from “The Lone Star State”, actually born in Austin, who walked out a local hero.

Geoff Neal (sounds like Jeff, not like that little shithead king from Game of Thrones) made Brian Camozzi look like he owed lunch money to the school bully with a mean bulldog choke against the cage. While Camozzi landed a heavy right elbow, gashing Neal’s eyebrow, it wasn’t enough to keep “Handz of Steel” Neal off his back in the first round.

This is Camozzi’s third straight loss in his third UFC fight, leaving him 0-3. This was Neal’s debut victory in the UFC after winning a contract in Dana White’s Tuesday Night Contender Series 3 (DWTNCS).

Carlos Diego Ferreira had one of my personal favorite finishes of the night. An embarrassing technical knockout (TKO) against Jared Gordon.

After returning from a 17 month suspension from a failed doping test outside of UFC, Ferreira wanted to prove he has been getting better during his time off and that he put his mistake behind him.

He showed off his growth on the ground with his jiu-jitsu moves that quickly eliminated the dazed Gordon. If you didn’t see this TKO, take a look at Ferreira putting Gordon’s arm behind his back and whaling on his face.

Fight of the Night

When recapping the main card, you gotta talk about the Fight of the Night because they probably threw hands. Fight Night 126 gave that honor and additional $50,000 to the featherweights Brandon “Killer B” Davis and Steven “Ocho” Peterson.

Davis was a well-timed freak in this fight. He landed fists and kicks like he was a couple moves ahead of Peterson.

Although Davis came out the victor, Peterson earned his bonus for withstanding the battle. Even with a bloodied face Davis managed to land 73 strikes and earn a takedown. Check out a few moments of this tiresome competition:

Performance of the Night: Curtis Millender

Curtis “Curtious” Millender faced off in his UFC debut against the 22-12 Thiago “Pitbull” Alves.

While a rookie to the UFC octagon, Millender was coming off a seven fight win streak in Bellator MMA, so he is definitely finding his keys to victory in every opponent.

Millender is just so much bigger than Alves. Millender made him look small and old with quick punches and knees. Millender eventually ended Alves with a knee in the second, but knew he basically won the match in the first round after knocking Alves down.

“Curtious” was quite… courteous in not jumping on Alves when he fell to his back after the final knee. While he should be careful of giving opponents a second chance in the future, he showed a lot of respect and sportsmanship.

James “The Texacutioner” Vick won this fight in his home state of Texas, but overall the fight wasn’t that entertaining. That didn’t stop Vick from entertaining his home crowd in the post-fight interview.

Essentially this fight was for James Vick was to call out everyone above him. This man is now 9-1 in UFC and deserves a good competitor. Unfortunately, I don’t think he is as good as he thinks. Vick stated, “I’m better than anyone in every position whether it’s grappling or striking. My record is undeniable. You probably can’t name many more people in the UFC that have a better record than I have”.
He boldly claimed he wants people in the likes of Tony Ferguson, Khabib Nurmagomedov and Connor McGregor. (Reaction below): 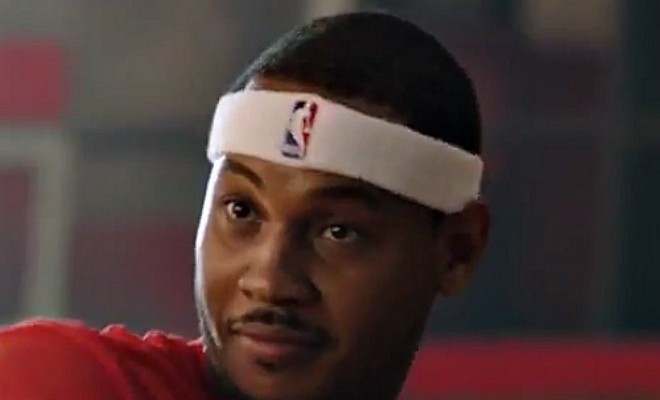 I’ll give Vick this, he is 6’3” and he does have solid striking. I don’t think this guy wants anything to do with any of those guys, however.

One point that was discussed after last night’s fights, was if injury or illness should happen to Khabib or Ferguson before their fight in UFC 223 on April 7, Vick would be more than happy to fill in.

Sorry Vick, we are going to continually doubt your abilities. You’re going to have to scratch and crawl like you have your entire career. I think he let out his frustration after his fight because he knows the politics involved with UFC. But in the end that determination to prove everyone wrong is what makes him a good fighter.

Performance of the Night: Derrick Lewis

Derrick “The Black Beast” took his time, but he successfully TKO Marcin Tybura. Former middleweight champion Chris Weidman called Tybura a “technical striker” who is “great on the ground”. Tybura did a great job of tiring out Houston’s Lewis by hanging on his back and forcing Lewis to carry his weight while standing. Tybura was even able to get Lewis on his back a few times in the match and deliver strikes to the face.

But typical Derrick Lewis. He makes himself look like the laziest, least prepared fighter for almost the entire fight. Viewers could see this ogre was physically exhausted barely carrying his own weight around the octagon. Then he turned it on with 2:48 left in the final round.

Lewis needed the tiniest of space and he unloaded a right hook on Tybura’s chin. Resulting in Lewis doing his signature Black Beast celebration and subsequent collapse of fatigue. 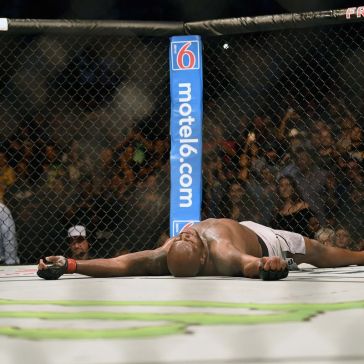 In even more typical Derrick Lewis fashion, he walked off with another comedic post-fight interview saying, “To my baby, April, better get ready girl, I’m going deep”. It’s better than hearing about him needing to drop a deuce after the fight.

I also found this gem on the best of Derrick Lewis post-fight interviews. Please. Enjoy.

My boy! Finally, Donald “Cowboy” Cerrone comes out to play against Yancy “The Kid” Medeiros.

This entire fight and everything leading up to it was too friendly. Medeiros gave Cerrone a cowboy hat at weigh-ins and they appeared to be best buds. Get into the fight, Cerrone jabs Medeiros and he falls, but Cerrone laughs that it was an accident and let’s Medeiros up.

Luckily, Cerrone still knocked this guy silly with punches. It was nice. Medeiros’s legs locked and he stumbled onto his face. To add to the highly respectful and friendly matchup, Cerrone points out his grandma in the crowd for Medeiros to jump over the cage and give her a kiss. When watching it live I was like WTF is happening… the guy who lost just went over to the winner’s grandma and kissed her on the cheek?

If anything, Cerrone should’ve found Medeiros’s grandmother to kiss and apologize for whoopin’ her grandson’s ass.

Anyways. Cerrone’s confidence needed this win because he was coming off three straight loses and people were starting to wonder if he still had it. After last night’s performance he has captured UFC fans attention, yet again.

And did Nate Diaz win Performance of the Night for his short appearance? I know UFC probably deserves some recognition too for this Joint effort (I’m not apologizing for that one).