Via The Michigan Journal

As a football fan, Super Bowl 52 was everything you could hope for and more. Leading up to the game there was plenty to talk about, a backup quarterback leading a team of underdogs against a juggernaut that has dominated the NFL for nearly two decades. People were labeling this game as “Destiny vs. Dynasty” and that is exactly what it was. The Patriots had a chance to be the second franchise in NFL history to win six Super Bowls, and the renowned duo of 40-year-old quarterback Tom Brady and 64-year-old head coach Bill Belichick had a chance to further cement their legacy as the greatest of all time. The stage was set for a Super Bowl 39 rematch and had all the makings of an instant classic.

Now that its been a little over a week since the Super Bowl, I’ve had time to gather myself and reflect on what was one of the most painful losses I can remember as a Patriots fan. This is not what they teach you when they tell you all about being a Patriots fan; it`s not all gumdrops, candy canes and Lombardi trophies, sometimes you get your heart ripped out and that`s exactly what happened February 4th.

GOOD: In any situation in life, it is always important to look at the positive side of things. Although the Patriots lost there is still a lot of good to be taken from this game. The Patriots racked up a total of 613 total yards on offense, the most yards a losing team has had in NFL HISTORY. That is truly remarkable if you think about how many games have been played in the NFL. The offense did their part for most of the game answering every punch Philadelphia threw at them. This was the biggest offensive shootout in Super Bowl history. Not only that, but Patriots quarterback Tom Brady threw for over 500 yards and three touchdowns carving up the Eagles secondary pretty much every time the offense got the ball. 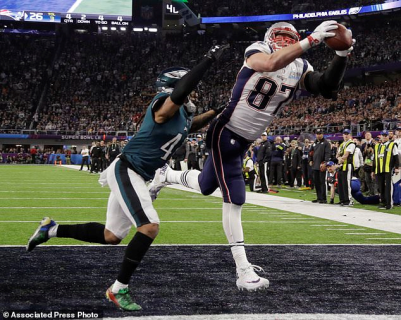 Via The Washington Times

BAD: With all the success the offense was having, it is important to note that they were far from perfect. When I look at the offense there are two deciding plays that I will remember for a long time. The first came on a third down where the Patriots ran a trick play. The ball was thrown to Tom Brady and he dropped it. Had he caught the ball not only would the Patriots have gotten the first down but they would have been in great position to go down the field and at least kick a field goal. The second hurts me just to think about. After the Eagles had gone down the field and scored the go-ahead touchdown, the Patriots were down five with a little over two minutes left. If they had gone down the field and scored a touchdown they probably would have gone on to win. Instead, Eagles defensive linemen Brandon Graham finally got to Brady and forced a fumble. The eagles recovered the fumble and took time off the clock making a Patriots comeback almost impossible. Although it is hard to place the blame of the loss on the offense, these are two plays that if the Patriots made they would have had a much better chance of winning. The way the defense was playing, it seemed as though the offense would have had to play mistake free football to pull out the win.

UGLY: Enough about the offense, let’s talk about the real reason why the Patriots lost this game. For as long as I have been a Patriots fan, I can honestly say I do not think I have ever seen a defense look so unprepared. The Belichick trademark “bend don’t break” defense had served the Patriots well for years before this game. Bill Belichick and the Patriots defensive coordinator Matt Patricia have prided themselves on defense for the entirety of their careers. The “bend don’t break” motto refers to the number of yards they are usually accustomed to giving up on offense but they are also known for never breaking and holding their opponents out of the end zone or forcing a turnover. The opposite happened during this game. Former backup quarterback Nick Foles torched the Patriots secondary, having his way by scoring on trick plays and throwing the ball down field to practically anybody he wanted. Foles went on to win Super Bowl MVP, and if you were to tell me a year ago that Nick Foles would have his way with a Bill Belichick coached defense in the Super Bowl, I would have called you crazy.

One reason why the Patriots looked flat on defense could have to do with the benching of cornerback Malcolm Butler. Just hours before the game, Belichick decided to bench Butler who had played nearly every snap for the Patriots on defense this year. Belichick called this strictly a football decision even though there has been a lot of speculation as to the real reason why Belichick benched him. Whatever the reason may be, the bottom line is this. On 3rd down Foles was 6 of 7 for 137 yards when targeting Rowe, Bademosi, and Richards. All three of these players were in the game over Butler. Not only that but there were plenty of missed tackles and missed opportunities by these guys that were in the game over Butler. As a Patriots fan, I am longing for more of an answer from Belichick. Why didn’t the defense make any adjustments at halftime? Why didn’t Belichick give one of the best players on defense at least a chance to make an impact on the game? These are all questions I have leaving me scratching my head and wanting more of an explanation from Belichick. In my opinion, this is one of the biggest mistakes he has made his entire career. Not only that but the logic going into the decision makes zero sense to me. To be honest I doubt we will ever know the real reason from Belichick as to why Butler was benched but I guess that when what you have been doing has worked so well for so long, you don`t owe anybody a real explanation. 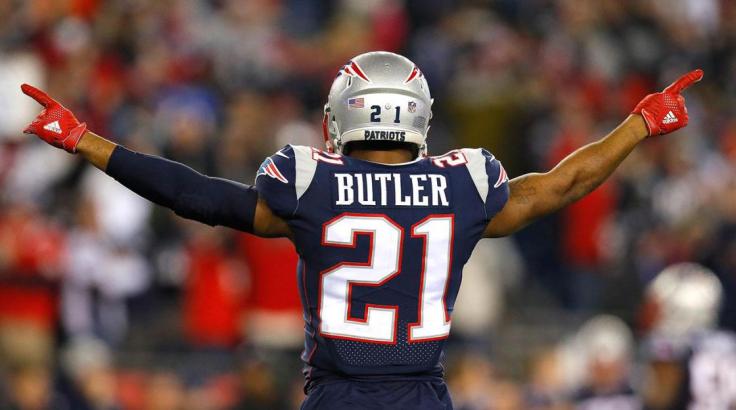 Final Thoughts: Now that the confetti has fallen, the Eagles have had their parade, the Patriots haters have had their fun, and the Brady memes have circulated the internet it is important to focus on the light at the end of the tunnel. The thing about being a fan of the Patriots is that our season always ends one of two ways. The Patriots either win the Super Bowl in dramatic fashion as we saw last year with the comeback against the Falcons and three years ago with the goal line interception against the Seahawks, or they lose in the most dramatic way possible as we saw against the Eagles and as we have seen in previous seasons. For that alone I am thankful to be a Patriots fan. Every season brings joy and excitement and even though losing the Super Bowl is never fun, I would still rather lose the Super Bowl then not get there at all. A lot of teams would kill to just make the playoffs, it is important to not take this run for granted because it won’t last forever.

• Julian Edelman will be back next year. One of Brady`s favorite targets and arguably the best receiver the Patriots have had the past few years tore his ACL in the preseason.

• Donta Hightower will be back next year. Arguably the best linebacker on the Patriots, Hightower went down with a season ending injury this year. Not only that but Hightower is looked at as the captain of the defense. His presence was missed during the Super Bowl.

• Josh McDaniels is staying. The Patriots offensive coordinator for the last few years was originally supposed to be the head coach of the Lions until Patriots owner Robert Kraft and Belichick talked him into staying just days after the Super Bowl. This is huge because of the chemistry he and Brady had, not only that but there is rumor of McDaniels being Belichick`s predecessor once he decides to retire.

Hang in there Patriots fans because if history tells us anything it is that we will be back. There are three guarantees in life; Death, Taxes, and the Patriots being in the AFC championship game. For the last seven years the Patriots have been in the AFC championship game. I expect next year to be no different. With the return of several big-time players next year, the Patriots are in prime position to dominate again. Not only that but Brady and Belichick do not want to retire after a Super Bowl loss like this. With the clock ticking on their careers, I fully expect a hungry Patriots team led by Brady and Belichick to come back healthy and better than ever this year. 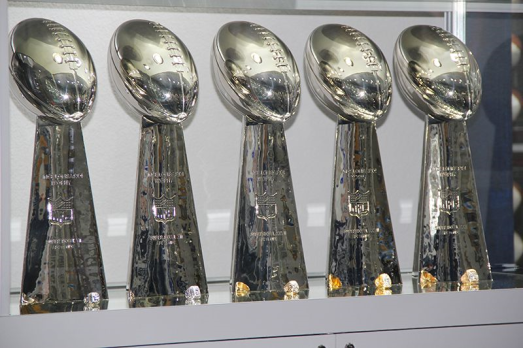