Feels like just yesterday we were stunned, mouth wide-open watching Tony Ferguson get his face broken. But it was actually two days before yesterday.

UFC came through with their promise of sports with UFC 249 and they are back to ring in some more action midweek. Once again with a crowd-less audience, but who gives a shit. UFC 249 sounded better than usual and I think the fighters appreciated Daniel Cormier’s advice midfight.

Anthony “Lionheart” Smith is 8-4 in the UFC and 33-14 overall. He last fought in June 2019 and beat Alexander Gustafsson via round four rear-naked choke. Before that he was on a three-fight win streak and then lost to the champ, Jon Jones.

Smith has 17 KO victories, 12 submission wins, and 17 first round finishes… that’s some Lionheart energy. Smith has only had his fights go to decision four times in his 46-fight career.

And he’s 1-0 against home intruders.

The 40-year-old, Glover Teixeira, is 13-5 in the UFC and 30-7 overall in his career. Teixeria is on a three-fight win streak, but they are against some young and pretty unrecognizable games to the average MMA fan.

Tex, like Smith, also has 17 KO victories. He also has eight submission victories and 19 first round finishes.

In this five-round battle of the Jon Jones losers, Smith is the projected favorite at -190 and Teixeira is the underdog at +155.

A lot of people want to write off Teixeria for being old and slow compared to his counterpart, but I think this fight could be a lot closer. Especially with no crowd to sway the fight. I expect them to be calculated and slow to engage at first.

It is five rounds, and like their stats read, I think that is far too much time for these two. I expect a TKO or submission to be the end of this fight. But from who?

Smith’s biggest impact on this fight will be his knees and elbows. I think he could really hurt Teixeira with knees in grapple situations, but Teixeira is a smart enough fighter to get out the grapple and I think he is the better ground figher in this.

While this fight means a lot for both fighters to get back in the contender spot, I think it means more for Smith, who could see his best years slip past him. Teixeira already knows he is on borrowed time and I don’t believe a win will really shoot him that far up the standings.

I am going with the upset…

Ben Rothwell 7-6 in the UFC and 37-12 in overall in his career. He’s coming off a win against Stefan Struve which he desperately needed after a three-fight skid of unanimous decision losses since 2016.

Rothwell has had 28 KOs and 6 submission victories in his long career. Rothwell was supposed to fight Gian Villanteat UFC 249, but things have changed since COVID-19.

Ovince Saint Preux is 12-8 in the UFC and 24-13 in his career. He has spent most of his career in the Light Heavyweight division but he is making his way to the heavyweights. He’s 2-3 in his last five fights.

I was almost suprised that OSP is such a minor favorite. He used to be viewed as the Ngannou of the UFC but his freak physique and persona have had holes punched in it with his losses. You just don’t know what OSP you are going to get.

Both these fighters are on the end of their careers and in their later 30s. It should be two Ogres fighting in the mud for this one.

I think OSP is going to have a slight advantage with Rothwell having a long training camp for this fight and having prepared for a different fighter. 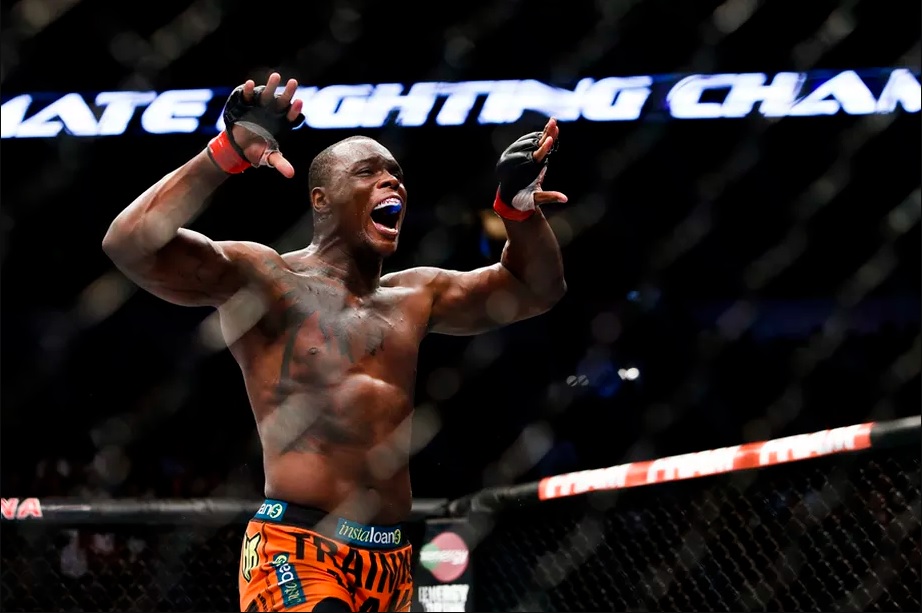