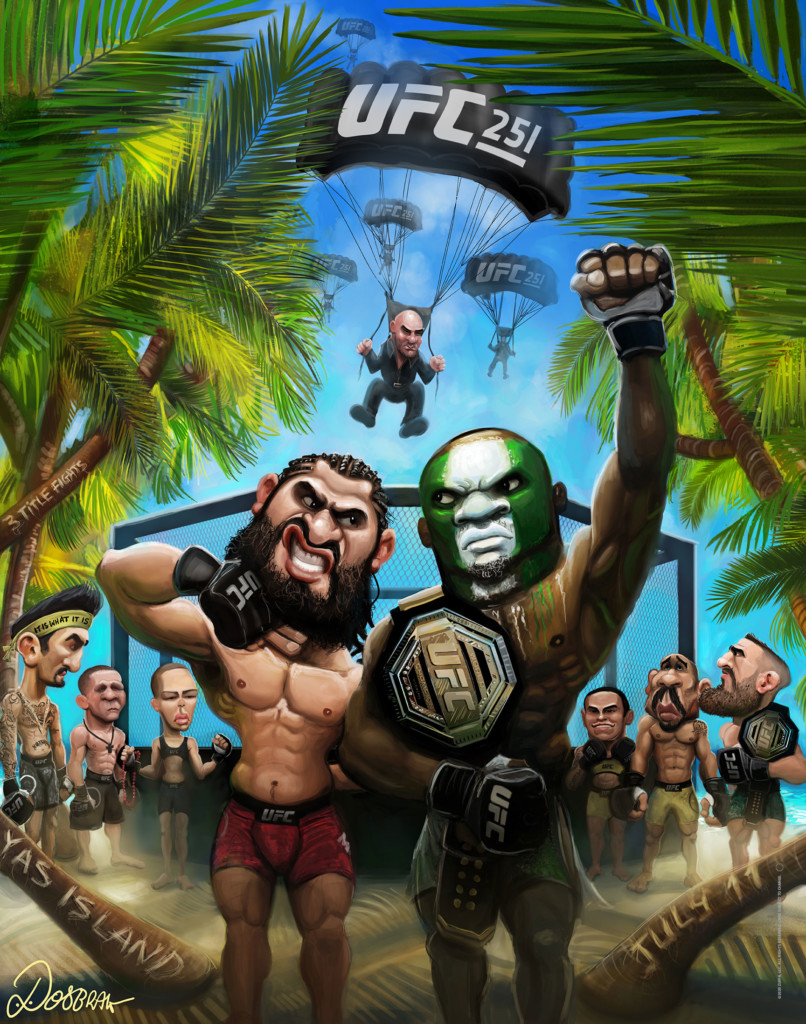 While most of us peasants can’t travel to Abu Dhabi and pay for seats to UFC 251. We can mentally escape COVID once again thanks to UFC’s attempt at normalcy.

Kamaru “The Nigerian Nightmare” Usman is 11-0 in the UFC and 16-1 overall. He won his belt after defeating Tyron Woodley in March 2019. Usman sucessfully defended it against Colby Covington at UFC 235 in December 2019.

Then flying knee against Ben Askren…

And finally, winning the BMF belt against Nate Diaz. Now he steps in for COVID positive Gilbert Burns. Not to mention on the cover of UFC 4.

Masvidal finally worked out a contract with the UFC and is saving the day. With that being said, he has a huge hill to climb with Usman.

Usman is a big body who can swing too. It’s not going to be a quick 10 second KO. But Masivdal, who fought in Kimbo Slice’s backyard brawls, is ready to grind for a belt.

I don’t see it happening for Masvidal. Usman is a true champion and despite having his opponent switched last minute, is fully capable of defending the belt. He’s going to ride Masvidal into the cage and grind him into nothing.

Still hope Masvidal can get a rematch fight with Nate or McGregor despite taking an L this Saturday.

Alexander “The Great” Volkanovski is 8-0 in the UFC and 21-1 overall. This is a rematch against Holloway, who he beat via unanimous decision in December 2019.

Now the Australian looks to successfully defend the title for the first time.

In their last fight, Volkanovski made a living on leg kicks and tally points. Holloway tried to say they didn’t hurt, but they definitely slowed Holloway and left him catching punches too.

I love Max, and think he has the length and some of the best footwork in the UFC, but I don’t see him pulling off the upset and regaining the championship title. Volkanovski is too tough and he matches Holloway’s constant pressure for the entire fight.

See the rest of my picks below:

One thought on “Cheap Seat Predictions UFC 251: Usman vs Masvidal 💺💺💺💺”